The World of Scrabble 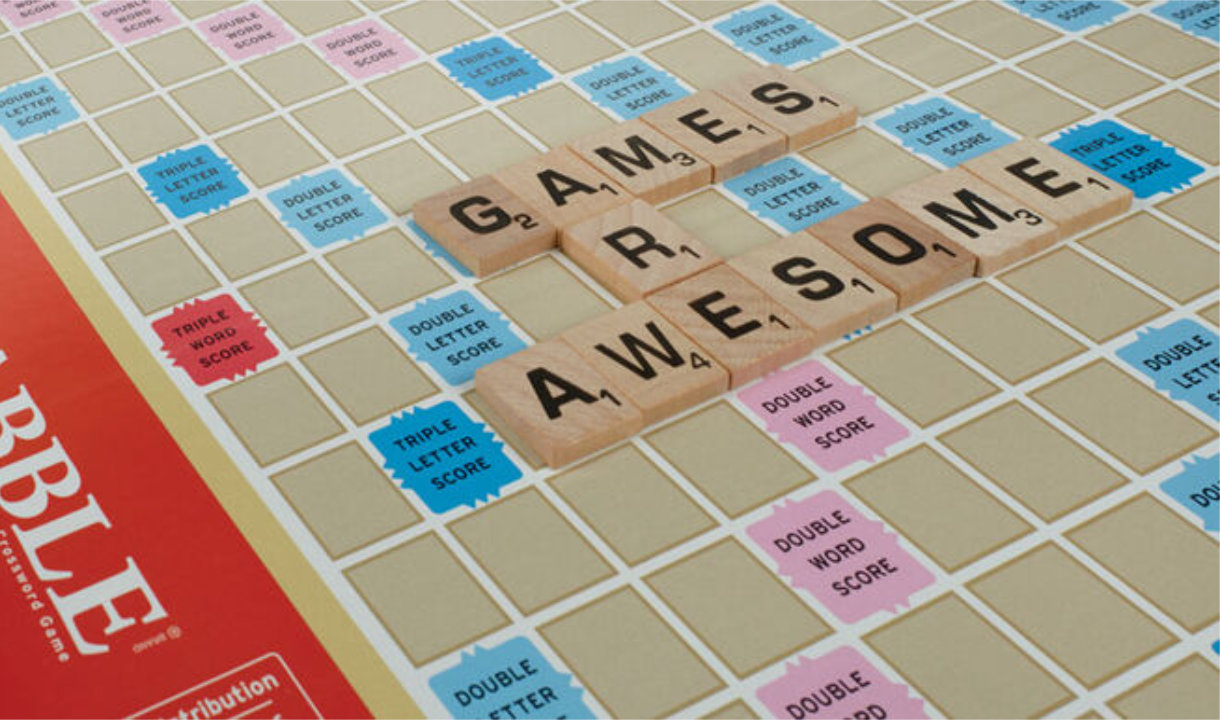 In the neighbourhood of Queens stands a peculiar street sign…

amongst the many rows of brick apartment buildings. It reads 35 T1H4 A1V4E1N1U1E1 and reminds the many passersby that Alfred Mosher Butts once lived here in this very neighbourhood. During the depression of the 1930s, one might have found Butts sitting at a table, reading over a story in the local paper, while meticulously counting how many times each letter of the alphabet appears. On the table one might have seen handmade tiles which were cut out of plywood and racks made out of wooden moldings. The tiles had pieces of linen cloth glued to them which featured hand drawn letters and numbers. Butts, a 32-year-old architect, recently lost his job and worked part time as a statistician at a welfare agency. After many failed attempts in writing, painting and illustrating he decided to create a game in his spare time to supplement his income. His goal was to create a word-based game that would include a selection of letter tiles which could permit the maximum number of English language words to be spelled. His notebook was filled with pages of dated records pertaining to the frequencies of certain letters as well lists of scoring values that could be applied to each tile based on the likelihood that it might appear. Butts named his new invention ‘Lexico.’ It took him about 5 more years of detailed research before he decided to add a board to the game. The size of the board also required a lot of experimenting. He tried different numbers of spaces on each side and eventually settled with 15 before renaming his creation ‘Criss Cross Words.’ Even though Butts was able to sell of few home-made copies of the game, he eventually lost interest in the project. In 1947 he sold his idea to James Brunot, a local entrepreneur who was looking for a new commercial venture. Brunot fine-tuned some of the spaces and the colours of the board, committed to a set of 100 tiles and changed its name to ‘Scrabble.’ After a few years of relatively low sales, Scrabble made it into the Macy’s department stores and the demand for this new fashionable game soon skyrocketed thereafter. In 1953 more than a million sets were sold, and Butts’ invention has flourished ever since. Today, the game is sold in 121 countries and is available in more than 30 languages. A whopping 150 million copies have approximately sold to date worldwide.

The rules of Scrabble are very simple on the surface: Each player is trying to gain the most points by creating words for which each tile earns them a specific point value. The words have to be placed in a criss-cross format. The number of points for each tile is based on the letter’s frequency in the English language. Less common letters (Q or Z for example) are worth more than more common ones (Like A or E). Out of the 100 tiles two are blank and can be substituted for any letter. Each player has 7 tiles to choose from during their turn which are arranged on their personal tile rack. New tiles will be drawn out of common cloth bag. The first word that is placed, must be at least two letters long and any subsequent placement of words must be adjacent or joined to one or more tiles already on the board. On their turn a player may either pass, exchange tiles, or put at least one tile on the board and immediately earn the value of the word(s) formed. Once all the tiles have been exhausted, the player with the most points wins.

Scrabble is a true classic in the board gaming world and has held up well next to the never-ending supply of new titles that get developed every year. Even though it is almost 90 years old, it still manages to engage players all around the globe with a passion (there are about 4,000 Scrabble clubs worldwide).

Even though it is relatively easy to learn, a true Scrabble enthusiast will tell you that the real skill of playing it lies in the details. It’s not just about being able to form words, there are plenty of nuances to the game that can become rather strategic. Take the rule of challenging an opponent, as an example. Many experienced Scrabble players will play fake low-scoring words to get rid of their unwanted tiles. They are hoping that the other players are afraid to challenge, as they will lose a turn if they are wrong. On the other hand, players might play some valid obscure or unknown words with the hope that an opponent will challenge unsuccessfully. For many, reading the other players’ body language becomes an integral part of the game.

Some people also believe that the game is more interesting with 2 players rather than with 3 or 4. This is in part because the 4th player will have a lot less opportunities to have a strong starting word than the 1st. Even though a broad knowledge of definitions and vocabulary can be beneficial in a game of Scrabble, factors like planning, patience and timing are just as important. It’s not just about getting a good score; it’s about creating small words that lay the groundwork for an even bigger score. The game is primarily known as a word game but in the end, it is just as much about math and statistics as it is about knowing or finding words. It’s the points that matter in the end, not the words one chose. A perfect balance of knowledge, luck and strategy that, as some believe, reflect the nuances of real life.

If you haven’t played a game of Scrabble for a while, then maybe it is time to give it another try. There are endless paths towards victory and in the end,
you’ll H4A1V4E1 F4U1N1.

Here are some Scrabble versions that are popular: 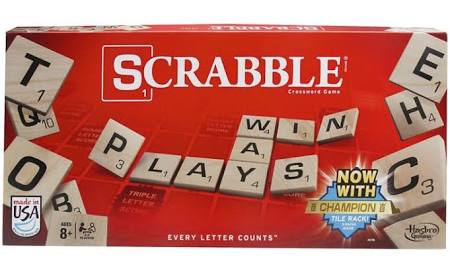 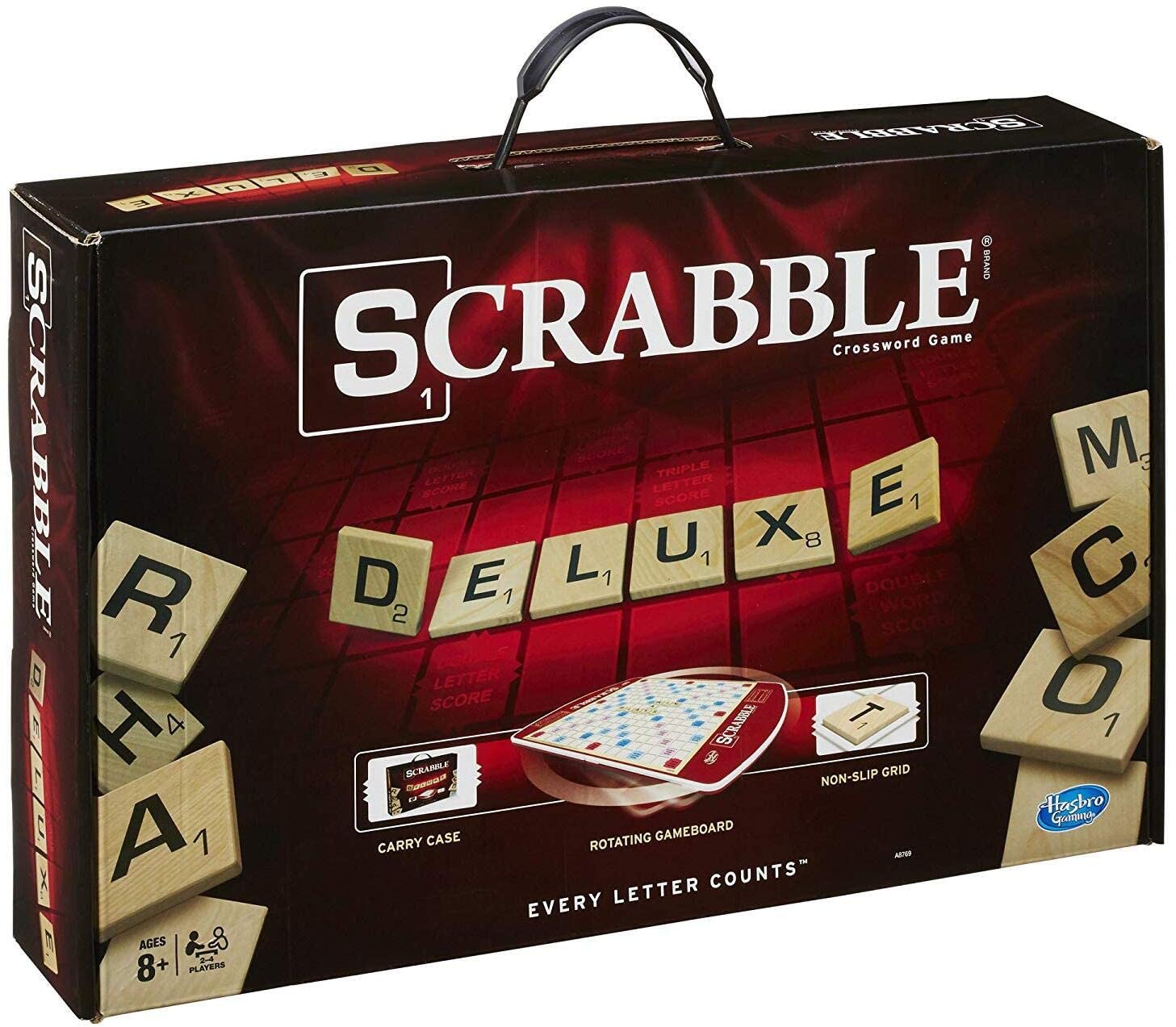 The classic game with deluxe features 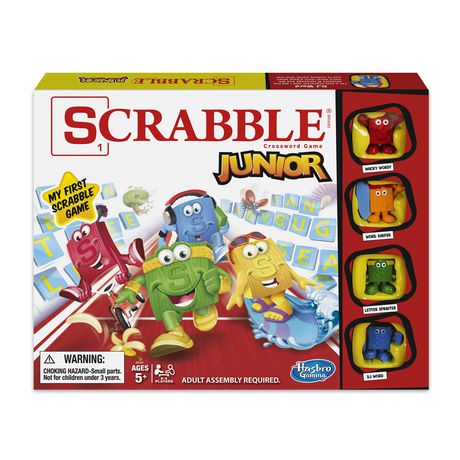 A great start for our little ones