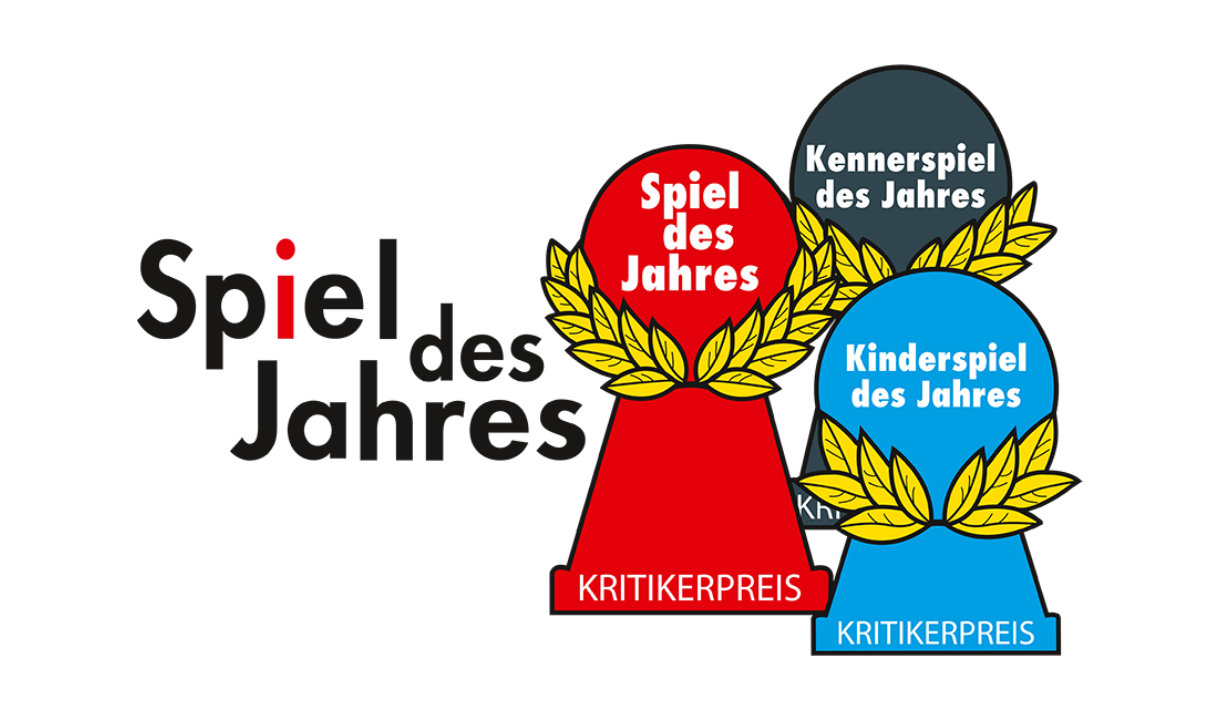 Arguably the most important event with regards to the world of board gaming is ‘Das Spiel,’…

a fair that is held each October in the German city of Essen. Exhibitors and guests from all around the world gather for 4 days to present and try all of the new and exciting titles that were released that year. In 2019 almost 200,000 people gathered to celebrate what the board gaming world had to offer. After not holding the event in public last year, Essen was once again open for in-person business in 2021.

One of the focuses of ‘Das Spiel’ is always the newly announced winners of the ‘Spiel Des Jahres’ (game of the year), the prestigious award that has become the benchmark for recognizing the best game(s) that were published in the previous year. This year was no different and, once again, we have noteworthy titles that stood above the rest – At least as far as the awards committee was concerned.

There are three individual awards given each year. The most significant is the actual ‘Spiel des Jahres.’ It is awarded to the best overall game, with an emphasis on playability within a family unit or more causal game play. For gamers that have an eye for slightly more complex games, the organization recognizes the ‘Kennerspiel des Jahres’ (connoisseur game of the year). This award is given to an exceptional game that panders more to an experienced board gaming crowd. The third award is given to the ‘Kinderspiel des Jahres’ (children’s game of the year). As the title implies, is it given to a game that offers outstanding game play for kids with an emphasis on social and educational values.

There is no doubt that the ‘Spiel des Jahres’ award has a tremendous importance to the board gaming world. The honour is shared by mammoth titles such as ‘Catan,’ ‘Codenames,’ ‘Ticket to Ride,’ and  ‘Carcassonne,’ to name just a few.

So let’s take a look at the winners of 2021 and see what these games are all about.

Something has happened in Crime City and it is up the the players to solve the case. Can their trained eyes follow the clues and solve the mystery?

In this co-operative sleuth game, the players are presented with an enormous bustling city map, drawn in the style of hidden object games. Their job is to follow the clues.

Who had a motive to stab a knife into the skateboarder’s back? Why was the mayor seen just before his death on the waterfront with a large case of money? Players try to follow the sequence of events which will lead to an exciting reconstruction of the crime, all without any text and with minimal rules.

In essence the game has a large black-and-white poster and a few cards, but the game play can be exciting and suspenseful. Eventually everyone will be scanning the city map, trying to reveal more information about the crime. Heated discussions between players about motives and evidence can created truly unforgettable moments.

There are 16 individual cases that can be played, ranging from easy to more challenging. One should note that some of the cases are appropriate for children, others more for adults. It is also interesting to note that this game can easily be played solo.

If you are enjoying visual search activities like ‘where is Waldo?’ and you like solving riddles, then this game is perfect for you. It is definitely a unique and brilliant game concept that is absolutely worth checking out.

This game is a children’s adaptation of the rather popular ‘Kingdomino,’ which itself won the ‘Spiel des Jahres’ in 2017. And just like it’s parent edition, it is a modern version of the mechanics of domino.

Players are trying to match domino-like tiles so that the same landscape types are next to one another. If successful they receive a dragon’s egg as a reward. Some eggs have baby dragons inside that score points, others are empty and score nothing. But that’s not always a bad thing, as the kind Mama Dragon is on hand to comfort unlucky players. She will allow a player to go first the next round, if they did not receive any points. In the end, players need clever matching skills, a bit of luck and a good eye on the overall situation to collect as many dragons, and as many points, as possible.

This version cleverly reduces ‘Kingdomino’ to its essential ingredients while remaining faithful to the original, resulting in an exciting game that offers plenty of replayability.

Children will feel confident playing after just one game. The clever balance of luck and tactics means children will always want to dive into the world of the domino dragons. It also features beautiful illustrations and components. If you are looking for a new game to try with children, then this will be a great choice.

Life in the stone age must have been tough. Behind every bush with delicious berries there might be a wild animal waiting to attack. In this co-operative game, players work together to overcome dangers, using only the illustrations on the cards’ backs as a guide. They indicate which terrain they would like to explore next – But they will only learn what will happen at a specific location once a card is being turned over. There are ten decks of cards offering new challenges which can be mixed randomly, providing a variety which motivates players to brave the perils of surviving the stone age again and again.

The real strength of this game is its ability to create stories and evoke images in the players’ minds. Play feels very thematic, making it easy for players to imagine what life might have been like for early humans. When the day draws to a close, everyone must be fed in order to survive for another day. Working together and growing as a group is important which makes the co-operative aspect uniquely interesting.

There is plenty of variety in the different events which keeps the game fresh even after a few play throughs. It is a rewarding experience to navigate through the exciting and yet unforgiving stone age world. A very innovative and creative gaming experience that is worth exploring.

Are you intrigued to try a Spiel Des Jahres Winner? Here they are: 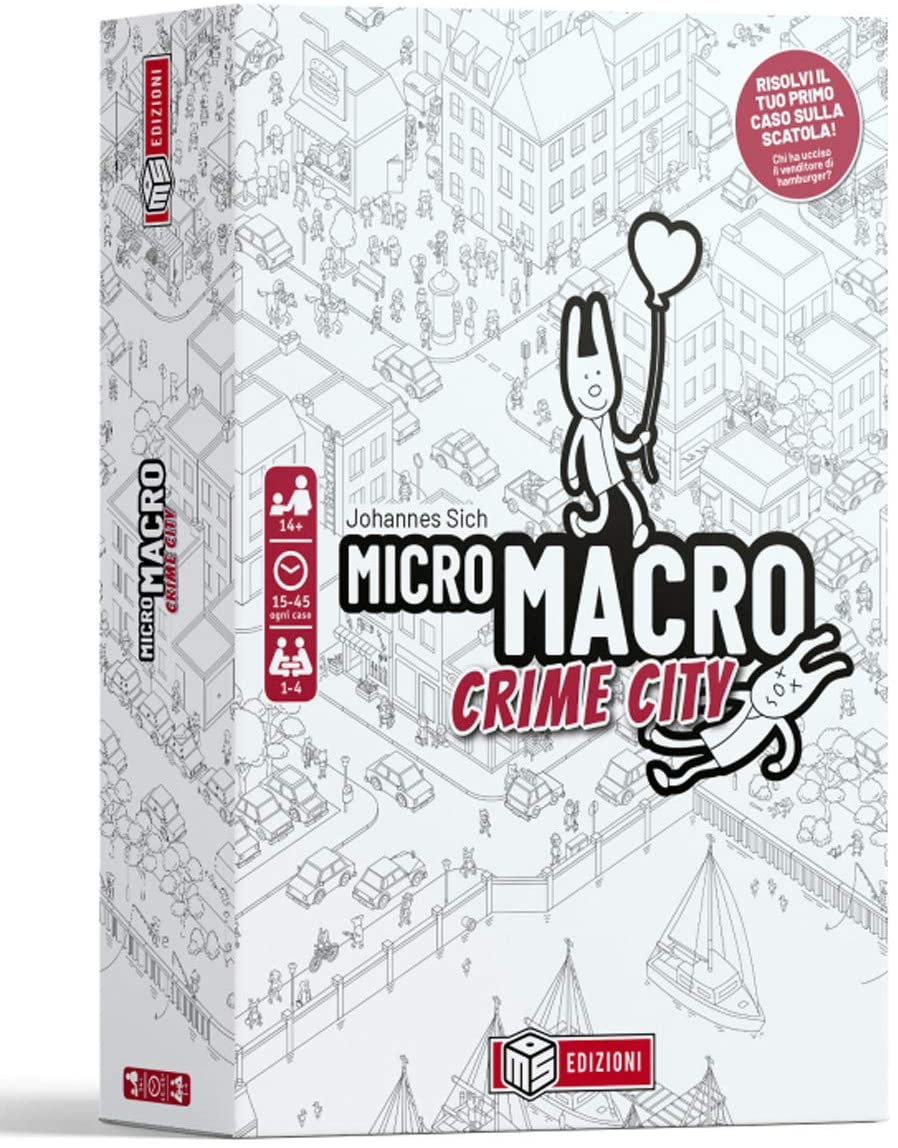 Figure out the background of a crime with sharp eyes and imagination. 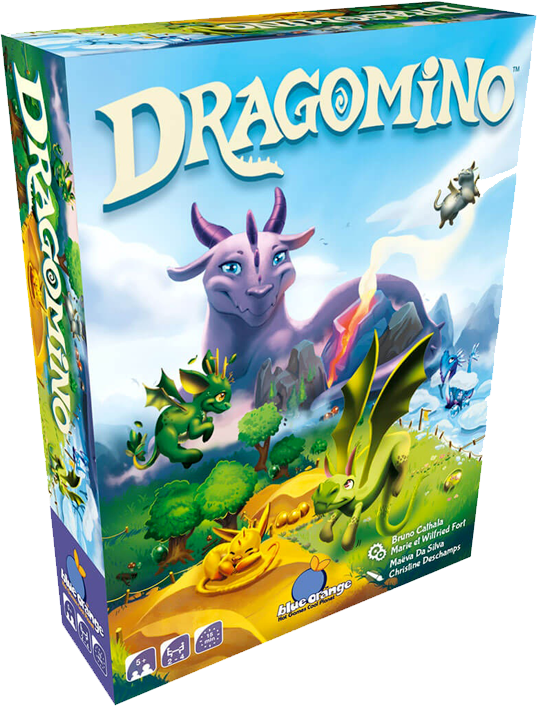 Create a dragon island that matches neighbouring tiles to receive the most points.

Work together to survive the stone age conditions.