The Renaissance Of Board Games 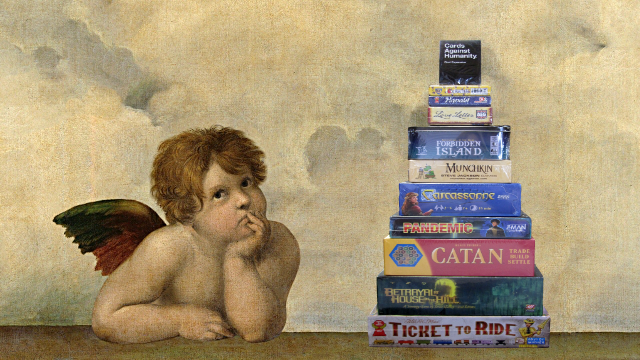 as technology keeps giving us new entertainment options you might be surprised to learn that one of the biggest areas of innovation and excitement in entertainment is in good old tabletop board games. People all over the globe are discovering (and in some cases re-discovering) the joys of face-to-face interaction with friends and family and the pleasures that come with a tactile, non-virtual gaming experience. What’s not to like? Sitting at a table with others, sharing a few laughs and enjoying some time together away from the distractions of our everyday lives.

Boardgamegeek.com, a popular website and database for board games, currently lists and ranks more than 100,000 game titles, while in 2018 more than 3,000 new games were published.

My name is Olaf Pyttlik, a Winnipeg board game enthusiast, and in this column, I’m going to look at why this renaissance of board games has come about and tell you about some great new games you can try with friends and family.

I grew up in Germany (anyone who meets me will certainly notice my accent) and moved to Canada when I was in my early twenties. As a child I played the same classic games you are probably familiar with such as Monopoly, Risk, Clue, and The Game of Life. But in Germany during the 80’s (when I was a teenager), board game players started to question why the selection of games was so static and limited. For example, by the time we started playing Monopoly in the 80’s, it had already been around for close to a century, having been patented in 1904. In response, some European game designers challenged themselves to come up with innovative ways to approach and structure gameplay (this is called ‘game mechanics’) and soon, new kinds of board games began to appear. These kinds of games are now referred to as ‘Euro Games’.

Most traditional board games (like the one in our battered Monopoly box) were based on the concept of elimination. As a result, you might have memories of languishing on the couch while your friends finished a 4-hour game of Risk without you because you failed to defend your borders. However, many of these new Euro games worked in a completely different way. Euro Games introduced the idea of having a gaming experience that would allow all of the players to affect gameplay, interact with each other, and influence the outcome of the game even if they found themselves in a weak strategic position. There would still be a game winner, but by allowing every player to have an influence on gameplay from start to finish this new ‘game mechanic’ provided a more positive and engaging social experience.

My high school math teacher was an enthusiastic game collector. He would have groups of us playing games after school and I was enthralled by some of the new games that I learned. Take the game Labyrinth, for example. In this game, players try to move their pawn through a maze, but every player can actively change the arrangement of the maze, allowing them to confound the efforts of their opponents while simultaneously making their own path easier.

Then there was the game, Scotland Yard”. In this game, played out on the streets of London, one player takes the role of ‘Mr. X,’ a fugitive wanted by the police, while the other players assume the role of detectives and work together to find out where Mr. X is hiding. The game introduced the concept of working co-operatively rather than playing against each other. I loved it. Board games quickly became a big part of my social life. My friends and I would spend many nights trying out new titles and refining our strategies.

By the time I moved to Canada in the early 90’s I had accumulated a rather substantial collection of board games. Because most of my Euro Games were, as of yet, unavailable in the North-American market, I would take cards or tiles that had text on them and translate them into English by writing on them with a pen, making them playable for my new-found friends here in Winnipeg. If you wanted to spend time with Olaf, you had to learn a new game. That was the deal. As a collector, board gaming was not only a passion for me, it had become a life-style.

Of course, the success of Euro Games meant that they soon began to be released in English and made available in North America. Since then, the selection of new games available here has grown exponentially. Around 5 years ago I decided to share this passion by opening Across the Board Game Café, a restaurant that allows customers to try many of these new gaming titles (and some classics too). Nothing makes me happier than seeing people of any age, gender or background gathering at a table to spend quality time together over a good game.

Hopefully I have intrigued you enough to try a new (or older) board game with friends or family.  There are a lot of new and exciting games available and trying to decide which one to buy can feel overwhelming at times. In this column, I’ll help guide you through the ‘cardboard jungle.’ I will explore different titles, games styles, and other aspects of the board gaming hobby and talk about what types of games best suit different group sizes, types of people, and different social settings.

Do you want to try one of the classic Euro games that is easy to learn? Here are some suggestions to get you going: 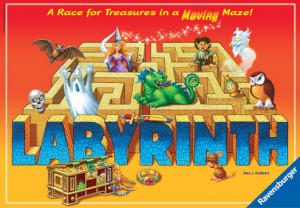 Labyrinth is simple at first glance and an excellent puzzle-solving game for children; it can also be played by adults using more strategy and more of a cutthroat approach. 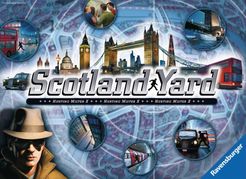 In Scotland Yard, one of the players takes on the role of Mr. X. His job is to move from point to point around the map of London taking taxis, buses or subways. The detectives move around similarly in an effort to move into the same space as Mr. X. 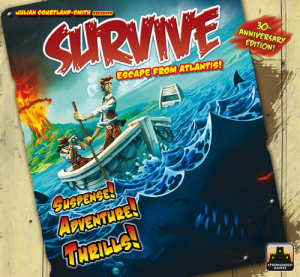 An island made up of 40 hex-tiles is slowly sinking into the ocean (as the tiles are removed from the board). Each player controls ten people (valued from 1 to 6) that they try and move towards the safety of the surrounding islands before the main island finally blows up.