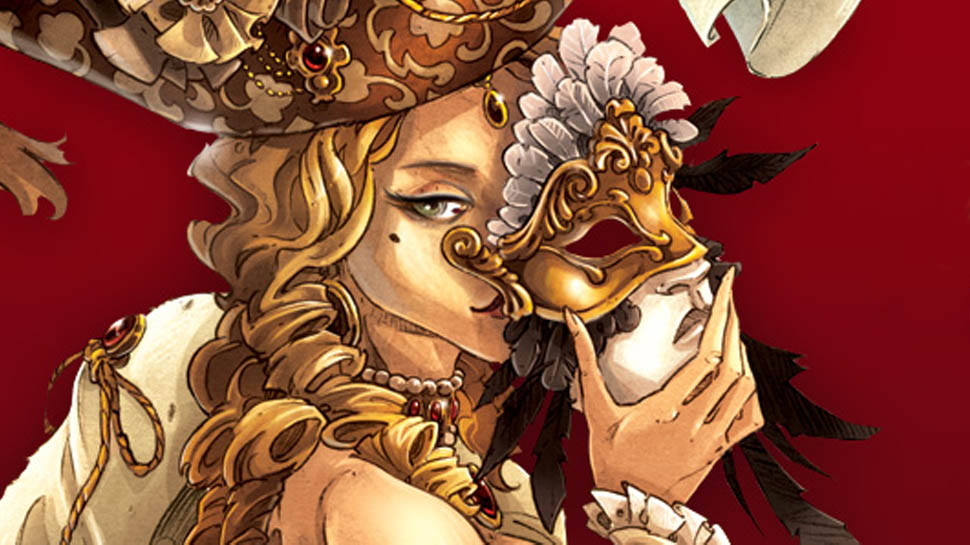 Prime examples of this genre are the masterfully crafted detective tales of Agatha Christie or the ‘Adventures of Sherlock Holmes’, by Sir Arthur Conan Doyle. The basic concept of a ‘whodunit’ is that a crime has been committed (usually a murder) and a group of possible suspects are confined to a place, such as a mansion or train, until the person responsible has been discovered. As the story unfolds, we learn more and more about each character and, as observers of the events, we are presented with a puzzle that will, if solved in time, lead to the perpetrator. Of course, we assume that everyone involved is either lying or hiding some deep personal secret. When the culprit is finally revealed, it is often a surprise and we are left with an appreciation for the cunning insight of the heroic detective whose deductive skills cut through the web of lies woven around them.

Wouldn’t it be great if we could replicate this thrilling experience with a board game? In fact, there is an entire sub-genre of games out there based on the idea of a ‘whodunit’ story. In board game lingo, these games are called ‘Hidden Role Games.’

The concept of most hidden role games is as follows: One or more players are given a secret identity at the start of the game. Most often, that is done by handing out shuffled character cards to each player at the beginning. The goal of the game is to correctly identify the perpetrator(s) before the game is over. This is achieved by asking questions or by allowing a discussion where each player can make their case for why they could not possibly be the guilty party. It is each player’s task to figure out who might be lying and who can be trusted. As a general rule these games do not require players to tell the truth and many of them encourage the use of lies and deceit. Needless to say, these games provide a platform for an exciting social experience filled with intrigue and duplicity.

‘Werewolves’ is one of the earliest titles to be released using this game mechanic. Originally released as ‘Mafia’ (same game, just a different theme),’ Werewolves’, has all the players taking the roles of villagers in a small town… but there is a problem. Some of the villagers are actually werewolves who are trying to eat their way through the entire population.

Each round represents one night and day. To begin a round, the game master has everyone close their eyes. While their eyes are closed (and the village sleeps), the werewolves open their eyes, silently choose a victim and then close their eyes again. The game master now asks the whole group to open their eyes (starting a new day) and announces the victim to everyone. Alarmed by news of their dead neighbour, the ‘villagers’ try to deduce who among them is a Werewolf. Each player has an opportunity to point the finger and give a reason for why they think so-and-so is the cursed creature of the night. Then a vote is taken… and someone gets lynched. The game proceeds to the next round and continues until either all the villagers have been eaten or all the werewolves have been lynched. Werewolves works best with a larger group of players.

Today there are many versions of ‘Werewolves’ on the market, each providing a different set of sub-rules and different characters one can play but all of them work on the same principal. There are even ‘One-Night Werewolves’ editions that shorten the game length by unfolding all the events in one single round.

Following with a similar concept was a game called ‘The Resistance’. In ‘The Resistance’ we find ourselves in a futuristic world where some players are rebels and others are spies. During each round, a team of players goes on a mission. If the mission has at least one spy in it, the mission fails, and the spies are one point closer to victory. As in ‘Werewolves’, players can exchange accusations and counterarguments, but there is an added element here in that players can also keep track of the results of previous rounds.

Then there is ‘Spyfall’, a game almost entirely based on verbal communication alone. In Spyfall, each player is given the exact same card depicting a location (i.e. school, hospital, movie theatre, etc.). One player, however, gets a card labeled spy. In other words, the spy is the only one who does not know the location everyone is currently at. The group now has to weed out the spy by asking each other questions related to the location. The spy listens in and tries to deduce the location everyone is referring to while at the same time making up questions and answers as best as they can without revealing themselves. After exactly 8 minutes a vote is held regarding the identity of the spy. Spyfall is a very short but addictive game that comes with around 50 different locations to ensure hours of fun.

A more recent Hidden Role title is, ‘Deception: Murder in Hong Kong.’ In this game, players take the role of investigators trying to solve a murder case. The twist here is that one of the investigators is actually the killer. Plus, they also have secret accomplices to help them. One of the players, the forensic scientist, has the solution but can only communicate by playing tiles, which the rest of the table has to interpret. In order to succeed, the investigators must not only deduce the truth from the clues provided by the Forensic Scientist, they must also see through the misdirection of the murderer and their accomplices.

No matter what title you choose, Hidden Role games are a lot of fun. Unlike other board game mechanics, they give us an excuse to be devious and deceptive for a while, allowing us to mess with the minds of our fellow players. At the same time, they challenge our puzzle solving skills and test our ability to spot a tall tale.

Want to try some of the titles mentioned above? Here are my favourite hidden role titles 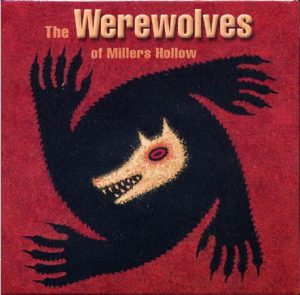 Each night, the Werewolves secretly choose a Villager to kill. The remaining Villagers then vote on the player they suspect is a Werewolf. 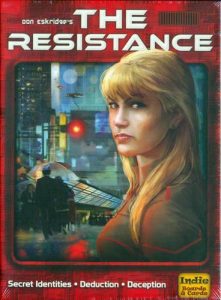 Players are either Resistance Operatives or Imperial Spies. They must try to deduce the other players’ identities and gain their trust. 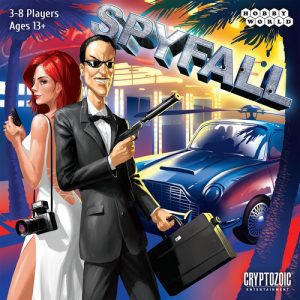 At the start of each round, all players receive cards showing the same location. One player receives a card that says “Spy” instead of the location. Players then start asking each other questions about the location, trying to guess who among them is the spy. 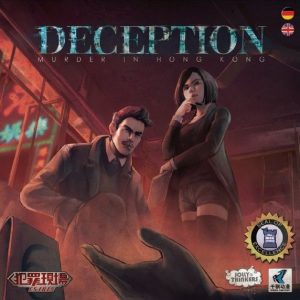 A murder has been committed by one of the players who is also an investigator. The forensic scientist tries to provide clues by playing tiles that will hopefully reveal the perpetrator and their accomplices.