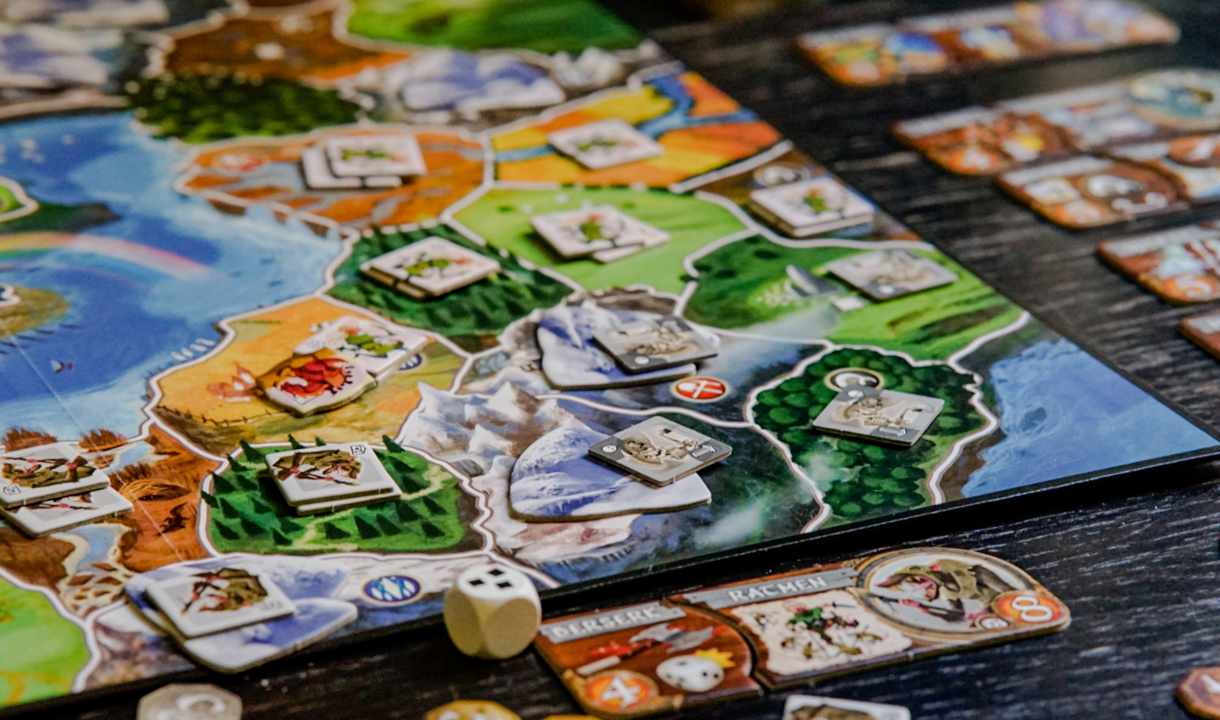 As usual I packed a bag filled with games to bring along, knowing full well that people were hoping for some board gaming entertainment. And, as usual, I gathered a variety of games that might be fitting for the occasion. In situations like this, I tend to bring games that are light, easy to learn, and that can accommodate any number of players. There were some card games, some party games and lighter family style titles. I also knew that at least two of the people there were rather experienced board gamers, so I also wanted to add some games that were a bit more complex and that would offer a more involved gaming experience. Partly because I myself wanted to get into some games that would flex my strategic muscles a bit. I therefore decided to bring some heavier strategy games as well.

In the board gaming world, people often use the word ‘heavy strategy’ to describe games that are designed with an emphasis on a player’s decision making-skills. Unlike other genres where luck, randomness or humour are a big part of the gaming experience, heavy strategy games rely primarily on an individual’s ability to plan and strategize carefully. As a result, heavier strategy games are often more complex with regards to their rules. It is not uncommon to find instructions that are 20+ pages long. Partly because one has to define a variety of extra explanations like resolving a conflict, movement, special cards, and so on. They also tend to be provide a longer gaming experiences. One of the more well known heavy strategy games on the market is a game called ‘Twilight Imperium,’ which famously can last up to 8 hours for a single game. Outside of these more extreme examples, most heavier strategy games last about two to three hours. This of course is directly related to how well players might know the game. In most cases, one should add one hour extra for a game that will be learned for the first time. After that, seeing that everyone now knows the rules, subsequent games should go quicker. Either way, they are usually games that will last most of an afternoon or evening.

Most heavier strategy games also incorporate a wider range of components than lighter games. Be it a bigger board with plenty of spaces and options, tokens or armies, cards and other peripherals. This will also add to the set up and tear down time for a game. On the other hand they provide a much deeper and immersive experience than some of their lighter counterparts.

As I am re-reading what I have written so far, I realize that this can sound intimidating and not-at-all-like-fun. But the truth is: It is fun. I had some extremely exciting gaming sessions of heavier games, that challenged my mental abilities and allowed me to loose myself in my own thoughts and planing. I will admit that I am not particularly good at them, but once in a while a good heavy game can be a very satisfying experience.

And here is the good news: There are some wonderful titles out there that can provide you with some engaging and elegant designs while being rather accessible to newer players. So, below is a list of games that I would recommend to anyone who would like to experience a more involved and strategic game without getting overwhelmed by its complexity. Most of their rules are relatively short and the games don’t last overly long.

If you are interested in experimenting with more complex and heavy strategy, then these will give you an easy point of entry. Enjoy!

In this modern classic, players take the role of a farmer in a wooden shack with a spouse and little else. On a turn, one can take two actions: collecting clay, wood, or stone; building fences; and so on. You might think about having kids in order to get more work accomplished, but first you need to expand your house. And what are you going to feed all the little rug rats?

Players assume the roles of colonial governors on the island of Puerto Rico. The aim of the game is to amass victory points by shipping goods to Europe or by constructing buildings.

Each player uses a separate small board with spaces for city buildings, plantations, and resources. Shared between the players are three ships, a trading house, and a supply of resources and doubloons. During each round, players take turns selecting a role card from those on the table (such as “Trader” or “Builder”). When a role is chosen, every player gets to take the action appropriate to that role. At the end of the game victory points will be given for owning buildings and for shipping goods.

A favourite for many board game lovers, and defiantly worth a play.

A WAR OF WHISPERS

Five mighty empires are at war for the world, but you are no mighty ruler. Instead, you play a secret society that is betting on the results of this war while pulling strings to rig the results and ensure their bets pay off. A territory control game of deep strategy, hidden agendas, and shifting loyalties.

You start the game with five loyalty tokens, each corresponding to one of the five different empires. Your primary goal is to ensure that when the game ends, the empires you are most loyal to control the most cities across the globe. The player with the most points based off their empire loyalties and the cities they control wins. The rule book is relatively short and well written.

Players vie for conquest and control of a world that is simply too small to accommodate them all. This fictional world is inhabited by a zany cast of characters such as dwarves, wizards, amazons, giants, orcs, and even humans, who use their troops to occupy territory and conquer adjacent lands in order to push the other players off the face of the earth.

On each turn, players either use the multiple tiles of their chosen civilization to occupy adjacent territories or they give up on their civilization by letting it go “into decline”.Players get points for each territory they control at the end of their turn. After the final round, the player with the points wins.

Players take the roles of master painters working to restore a fresco in a Renaissance church.

Each round begins with players deciding what time they would like to wake up for the day. The earlier you wake up, the earlier you will be in turn order, and the better options you will be guaranteed to have. Then, players decide their actions for the turn, deploying their apprentice work force to various tasks. They either buy paint, mix paint, work on painting the fresco. Points are scored mostly by painting the fresco, which requires specific combinations of paints, so one needs to buy and mix your paints wisely, in addition to beating other players to the paints and fresco segments. A well designed and beautiful advanced worker placement game.

Are you intrigued to try a heavier strategy game? Here are my top suggestions: 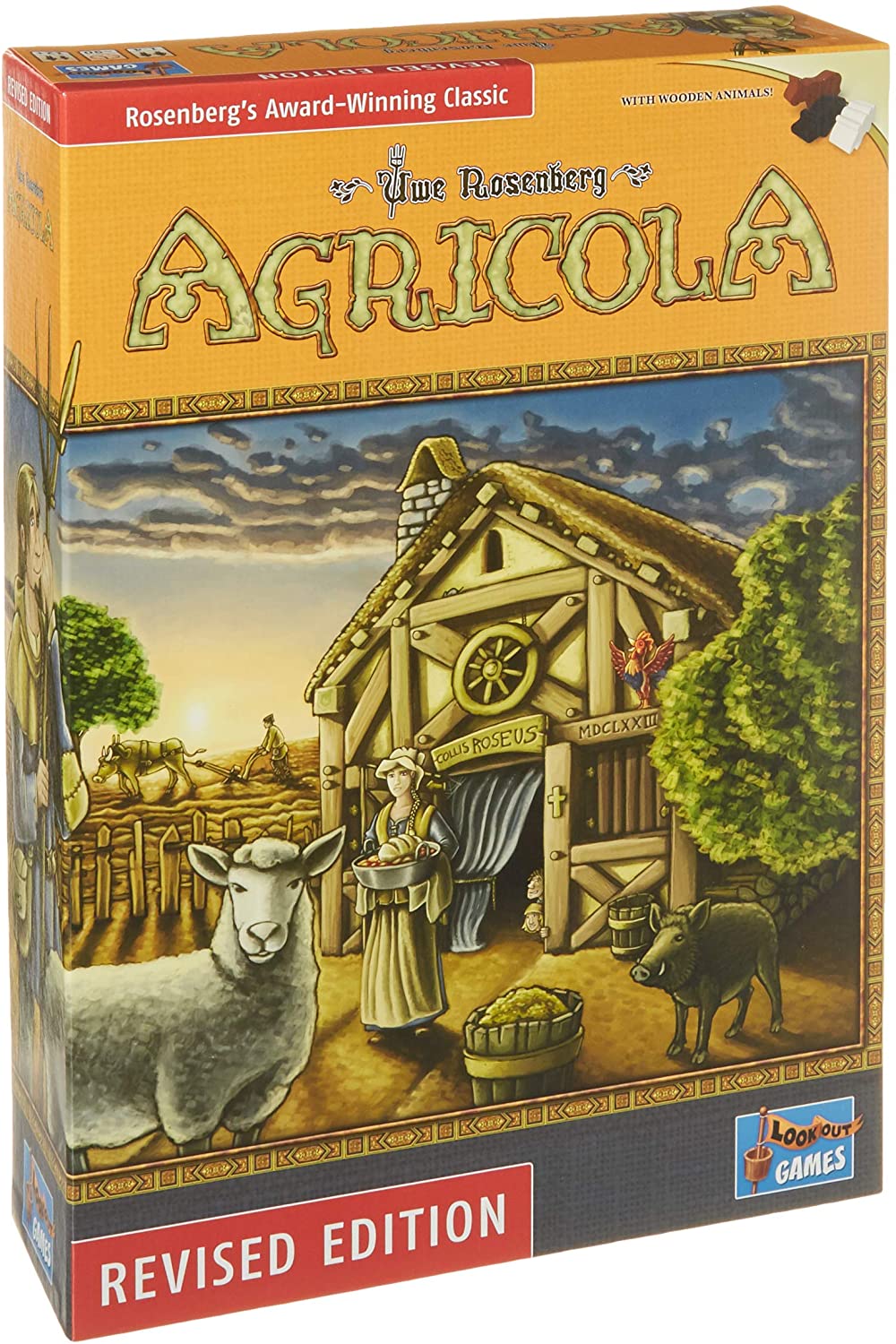 Expand your farm while feeding your family 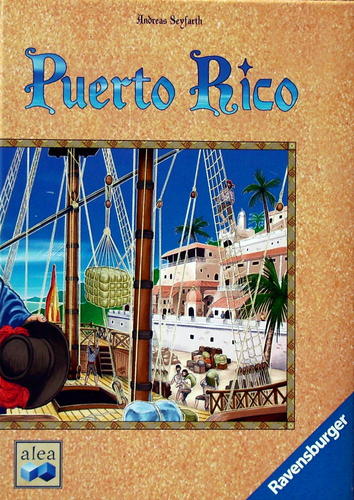 Build a trade empire on the island

A War of Whispers 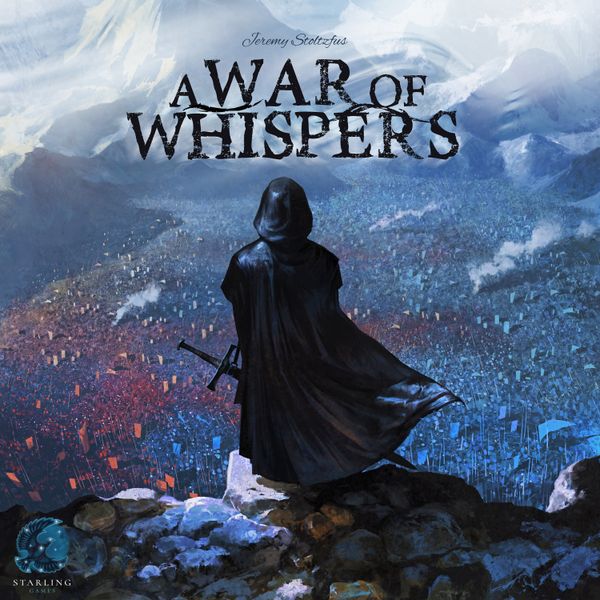 Influence the leaders to your advantage

Create space for your civilization to expand 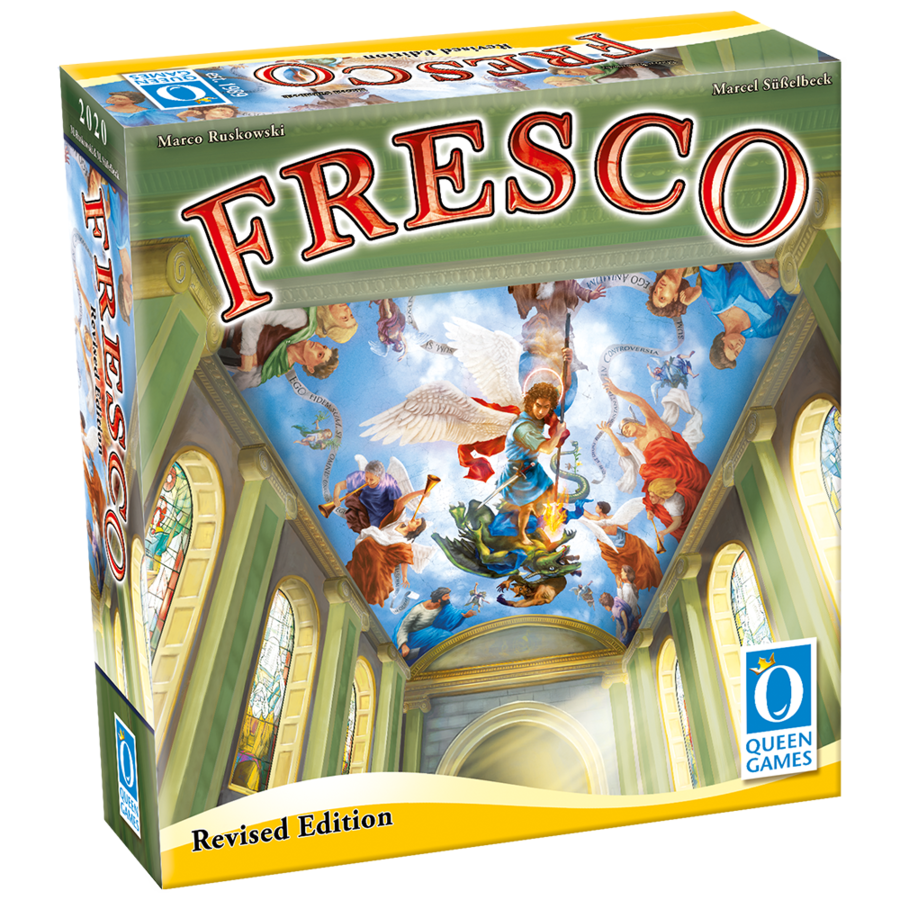 Paint the most beautiful catherdal ceiling