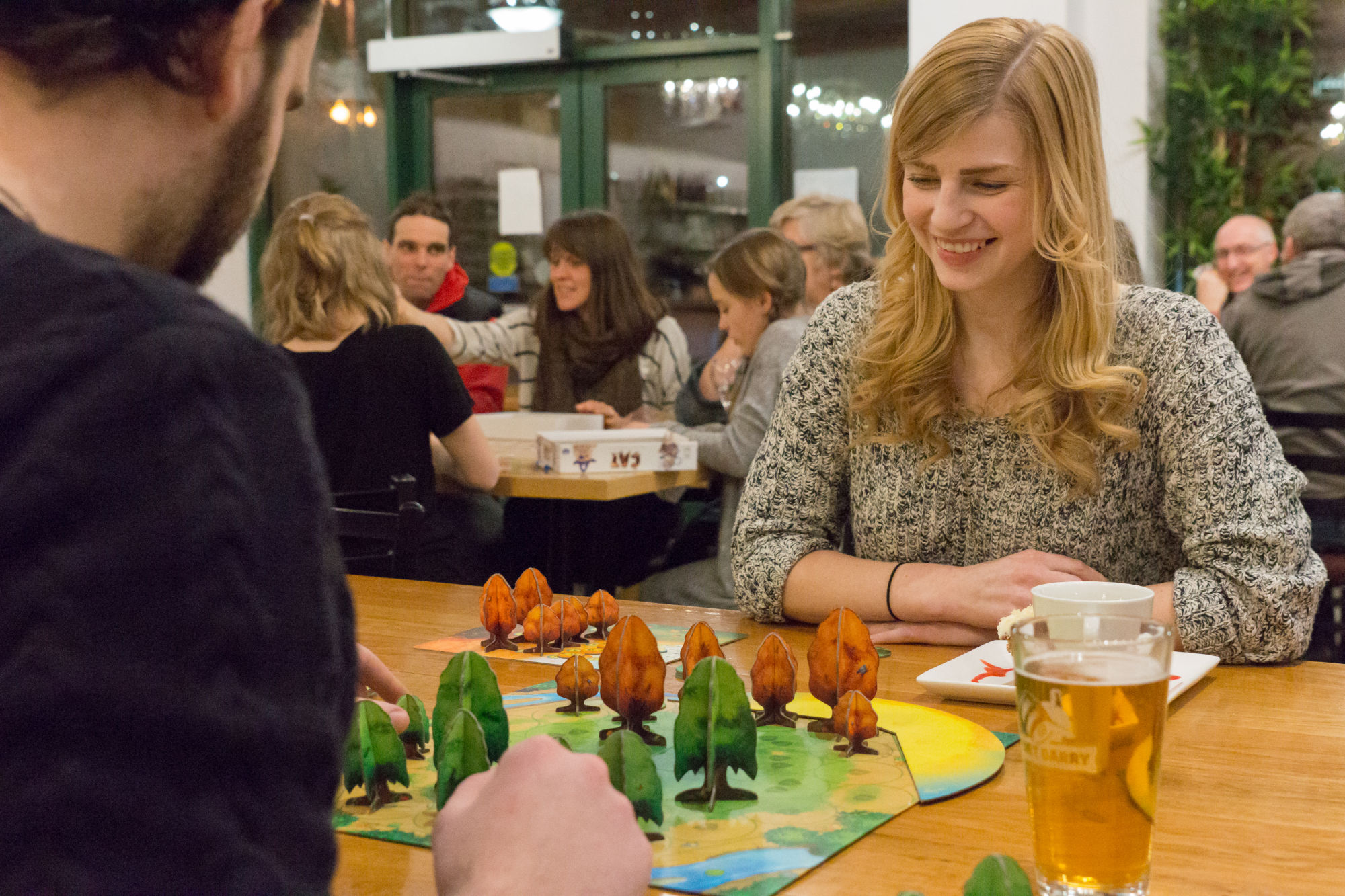 Valentine’s day has come and gone once again…

Though Valentine’s Day focuses on romantic relationships, I’m of the mind that every day is an opportunity to remember and strengthen our connection to all of the people we love. The good news is that there are a variety of board games to help us with that.

Even though playing a board game with a group of family or friends is always a fun activity, there are times when you may feel like limiting your interaction to one other person. Game companies and publishers have long recognized the demand for 2 player games and there is a plethora of choices available.

When it comes to two-player games there are basically two types of formats:

A good example of format B would be Pandemic. The game plays equally well with 2, 3 or 4 players. In board gaming lingo we would say the game ‘scales well’. That is to say, the game experience is consistent no matter how many players participate.

There are so many examples of games that scale well that, today, I’ve decided to focus only on format A; those that are designed for 2 players.

2 -player only games have been around for a long time. Chess, Backgammon, Go, Connect 4, Guess Who and Checkers are just some examples of games we all know and love, which can only be played as a twosome. Just like other board game sub-genres, two-player games can offer a wide variety of choices when it comes to level of complexity or playing time. Some games are easy to learn and will take as little as 20 minutes, while others can take up to 2 hours. There are co-operative games, which encourage teamwork or competitive games, which pit player against player.

Whether you’re looking for a game for date night or a way to bond with a new friend or family member, I’ve put together some suggestions I believe will guarantee hours of fun. So open that bottle of wine (or whatever beverage you enjoy), put on some background music and enjoy some quality time over a two-player game. Happy belated Valentine’s day everyone!

PATCHWORK
2 players, ages 8 and up
Complexity: 2 out of 5

Who doesn’t like to make a quilt? Each player tries to get as many pieces of fabric on their quilting board as possible to minimize penalty points. On their turn they can purchase a new piece of Tetris-shaped fabric and add it to their board. Once it is placed, it cannot be moved again. If you buy pieces of fabric with buttons on them, you will get new spending money throughout the game. A beautifully designed game that offers plenty of re-playability despite it’s easy-to-learn ruleset.

If you love codenames than you will love this two-player adaptation of the popular word-deduction game. Instead of competing against other players you work together trying to solve the clues before your turns run out. Players try to communicate to each other which of the 25-word cards on the table are theirs by providing a one-word clue and the number of cards they hope their co-player will find. It also comes with a variant that offers a longer game play experience and different levels of difficulty. If you are a Harry Potter fan you can also get a version set in the Potter universe: CODENAMES-HARRY POTTER edition.

SANTORINI
2 players, ages 8 and up
Complexity: 2 out of 5

You are developing the island of Santorini by constructing new buildings. On your turn each player must first move one of their pawns to a neighbouring space and then build a new piece of building onto an adjacent spot. Goal of the game is to reach the 3rd level of a building with one of your pawns. But be careful: Your opponent will try to block you any chance they get.

Even though the rules are deceptively simple, Santorini is a visually stunning game that can appeal to anyone, from students in an elementary classroom to hardcore gamers.

TWILIGHT STRUGGLE
2 players, ages 13 and up
Complexity: 4 out of 5

A game for anyone who is looking for a very in-depth, two-player gaming experience. We are in the midst of the cold war between Russia and the USA. Players struggle for political influence in different parts of the world. Players can expand their influences into different countries by playing event cards which represent actual events during that period. For example, the Russian player might play a ‘Cuban Missile Crisis’ card to gain influence in Cuba. This is a fantastic heavier strategy game that is a must for anyone who enjoys history. Game play is relatively easy to learn but it there are a lot of details to consider. A single game will probably take around 2-3 hours.

In this two-player only adaptation of the popular 7 Wonders game, players try to develop their civilization as efficiently as possible to outdo the opposing player. Played over three ages, players acquire cards and provide resources or advance their military or scientific development in order to grow their civilization and complete its wonders. Beautiful components and solid game play. If you are new to 7 Wonders, you will be able to learn it relatively quickly. If you know the game already it will be a breeze. 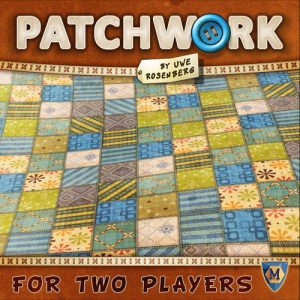 Get the most points by building your quilt efficiently. 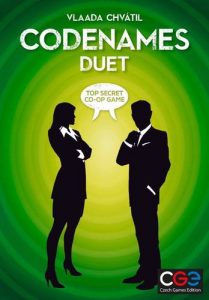 Work together to find all the required words. 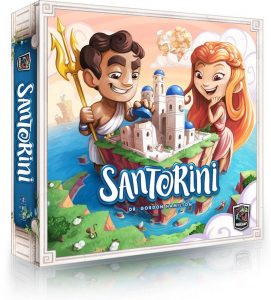 Build the island and move your players onto the third level of a building. 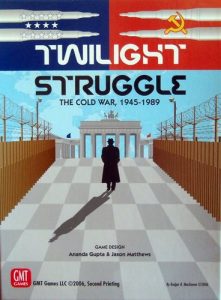 Create political influence during the era of the Cold War. 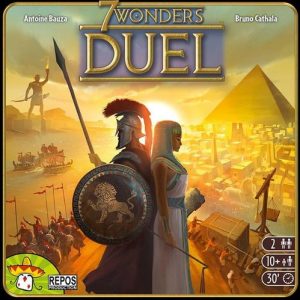 Build your civilization efficiently to get the most points against your opponent.