Games based on TV Shows or Movies 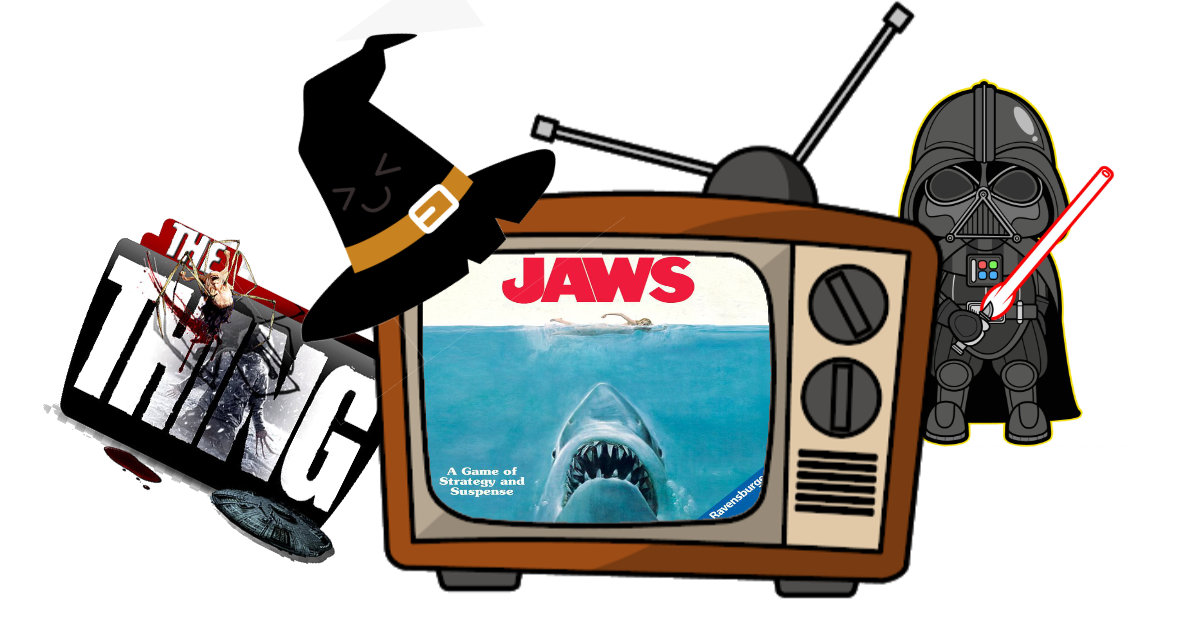 I am cetain that I am not the only one. It comes as no surprise that streaming services like Netflix, Amazon Prime, Disney+ or Crave have seen a big surge during the pandemic. Recent studies have shown that more than 75% of respondents are watching more streaming content than before the COVID outbreak. For a lot of people that were asked to stay at home, binge-watching has become the main source of distraction, while other forms of entertainment like theatre, concerts or sporting events remain cancelled. I personally treated myself to watching all 9 Star Wars movies in sequential story-line order; a luxury I would not have allowed myself outside of a quarantine situation. But, like everything else in life, all good things must come to an end – even a good story. I am always a little saddened when a TV series or movie franchise that I have invested so much time into comes to its final chapter or conclusion. Even though the ending might be satisfying, I can still experience a little bit of loss once my beloved characters eventually finish their journey.

Here is the good news: There are a significant number of board games that allow you to either re-live or continue the universe of your favourite show. A countless number of intellectual properties (or IPs) have been adopted into tabletop games over the years. Chances are, if there is a show that was a hit, someone made a game of it.

In my opinion there are three kinds of sub-categories when it comes to board game adaptations of shows or movies: Games that apply the theme of a show onto an already existing game, games that are specifically designed with a specific show in mind, or games that sit somewhere in between.

The best, and probably most noticeable, example of a game that applies (or ‘pastes’ in gaming lingo) a theme onto already existing game-play would be that of Monopoly. We have all seen the countless franchised versions that appear around the release of a movie or after the success of a television series. Anything from ‘Simpsons’ Monopoly to ‘Golden Girls’ or ‘Riverdale’ Monopoly. The concept here is very clear: Don’t change the game, just change the components. The playing tokens, street names and card designs represent the show’s characters and art, while the rules of the game will always be the same: Monopoly. This does not offer you any real immersive experience into the world of your favourite show, it simply surrounds you with images of characters you love. Other games that frequently get a similar IP ‘facelift’ are evergreens like Clue, Risk or Operation, just to mention a few. For me, this is not dissimilar to ordering a known fast food chain meal in another country. You will always know exactly what you are going to get, but the sights are slightly different.

On the other end of the spectrum are games that were designed specifically to capture the world and/or story of a show or movie. These games build on the concept of an intellectual property and transform it into a board game that attempts to immerse the players into its fictional world. There are some great examples of this out there. One of my personal favourites is the board game adaptation of ‘Jaws’. Here, the game is trying to give you the feel and plotline of the movie by having a two-sided board. On one side you co-operatively try to safe as many swimmers in Amity Island as possible. Once that is completed you turn the board around and find yourself on the Orca where the characters have a final show down with the infamous great-white. Not simply a great homage to the movie but also a thrilling game experience that puts each player into the role of their favourite hero. The outcome remains unknown until the end. Sometimes the shark will win, sometimes the hunters. Another good example is ‘Game of Thrones: The Board Game,’ which is now in its second edition. The game is based on an area-control mechanic that encourages alliances and backstabbing. It perfectly translates the power struggles between the different families that are at the heart of the novels and TV series.

And then there are the game adaptations that fall somewhere in between the aforementioned. Pre-existing games that received a TV or movie themed makeover, while implementing a twist that offers at least some immersion into the property it is representing. One example that comes to mind is ‘Harry Potter: Clue.’ Even though the fundamental game play is based on ‘Clue’, the board now allows players to shift and move the hallways paths, giving it an interesting Harry Potter angle. Another example would be ‘Star Trek: Catan’. Again, the foundation of the game is ‘Catan,’ but it introduces characters with extra abilities from the TV franchise which give players the feel of a Star Trek episode as they discover and settle new areas.

Whatever category of TV or movie board game adaptations excites you the most, there are plenty of options available to you. So, if you are saddened by the fact that a series has reached its end, see if you can continue the story by experiencing it as a board game.

Here are some of my personal favourites:

THE THING – INFECTION AT OUTPOST 31

In this hidden identity, you will relive John Carpenter’s sci-fi cult classic in a race to discover who among the team has been infected by this heinous lifeform. Play as one of twelve characters as you lead a series of investigations through the facility using supplies and equipment to clear the building. The tension mounts and paranoia ensues, as you question who you can trust in the ultimate race to save humanity! A truly exciting and immersive experience.

Experience the Galactic Civil War like never before. Players either control the entire Galactic Empire or the fledgling Rebel Alliance. They must command starships, account for troop movements, and rally systems to their cause. Given the differences between the Empire and Rebel Alliance, each side has different win conditions, and one needs to adjust your play style depending on who one represents. It also has a nice mixture of cat-and-mouse play as the rebels are trying to hide their base and conflict and battle strategies that are prominent in the movie franchise.

Codenames has been one of the most popular games over the last few years. There are many movie and TV adaptations out there, including Simpsons, Harry Potter, Marvel and – of course – Disney. It is basically the game play of Codenames but instead of cards with words the game uses pictures from many Disney classics. Players get divided into 2 teams who have to find their pictures by getting one-word clues from their team leaders.

There are a great number of games out there that are Harry Potter themed. Hogwarts battle stands out from the rest because of its interesting game play of co-operative deck building. The forces of evil are threatening to overrun Hogwarts castle. It is up to four students to ensure the safety of the school by defeating villains and consolidating their defenses. In the game, players take on the role of a Hogwarts student: Harry, Ron, Hermione or Neville, each with their own personal deck of cards that’s used to acquire resources. A must play for any Harry Potter fan.

The Rick & Morty franchise has a few games that were inspired by the show and this one is the most popular.It is based on the episode of the same name. Rick has locked the family inside their house. Why? Because the family has grown. Parasites masquerading as family and close friends have infiltrated and have inserted pleasant memories into everyone’s minds to make them think they’re real — and more keep coming! You must figure out which of these new, zany characters are real and which ones are parasites that need to be exterminated. Think you’ve got what it takes to save the world? The game comes with a cooperative and competitive rule set.

Want to explore oyur favourite TV or movie as a game? Here are my top suggestions: 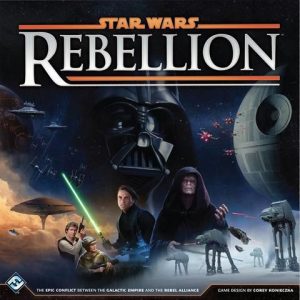 Re-live the struggle between the dark and light force. 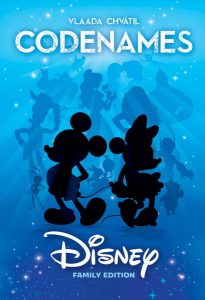 Guess the right picutres based on your group leader’s one word clue. 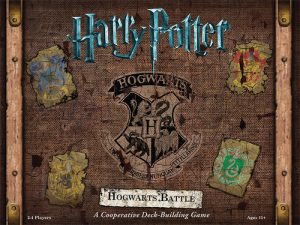 Use your best spells against the eveil in this co-operative story driven game. 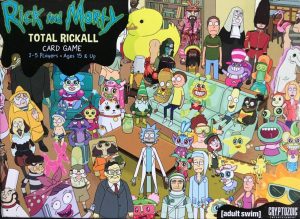