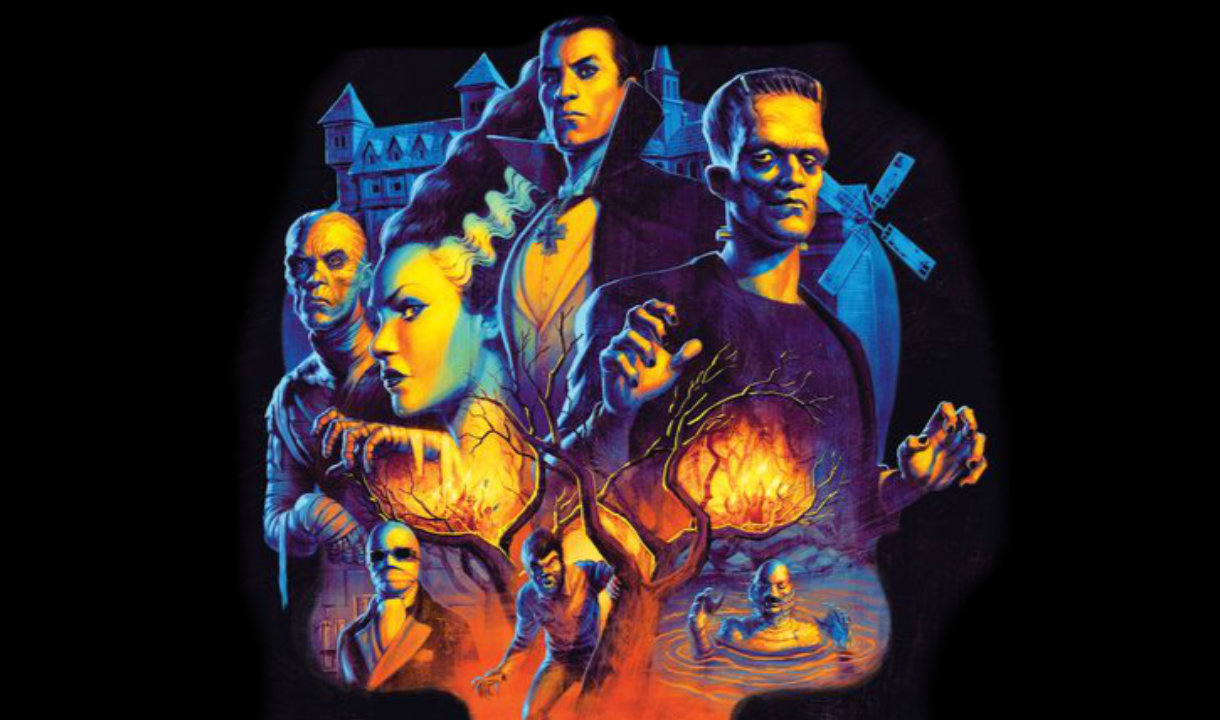 Halloween is just around the corner…

The days are getting shorter, the weather is getting colder and the leaves are slowly falling off the trees. It is the time to celebrate the season of ghouls, ghosts and monsters. For many of us Halloween might look and feel different this year as we find ourselves confronted by many COVID related restrictions and concerns. Chances are that there will be less parties for us to attend and we’ll have fewer opportunities to present our costumes to our friends and co-workers than in the years before. The good news is that there are plenty of spooky-themed board games that allow us to immerse ourselves into the spirit of the season with the people in our immediate bubble. A Halloween themed board game evening with the people close to you might be the perfect way to celebrate this colourful holiday.

Luckily there plenty of titles to choose from. Zombies, vampires and monsters have always been a popular theme in many board games and chances are that were will be a game that will suit your ghoulish taste. In case you are looking for some inspiration on where to start, here are some of my recommendations. Most of these titles are appropriate for families and are on the lighter side of the ‘scary’ spectrum.

I hope that this will encourage you to explore some new games with your family or friends that will help you to celebrate this fun time of the year. So, grab some candy and enjoy some quality time together with the people you love. Happy Halloween everyone!

Imagine living in a place so wretched that it’s not plagued by one, two, or even three monsters but seven of the most horrifying fiends! In this co-operative game, you’ll come face to face with them all as you work together to rid the town of the maniacal or misunderstood creatures…before it’s too late.
This charming and elegantly designed game includes high-quality sculpted miniatures (Frankenstein, The Bride of Frankenstein, The Wolf Man, Dracula, The Mummy, The Invisible Man, Creature from the Black Lagoon). Its innovative, easy-to-learn, cooperative gameplay has players working together against the monsters with varying levels of difficulty. Just as each monster is unique, they require different strategies and tactics to be defeated.

A light and charming reaction and speed game. It is time for a tidy-up and the coffins are being cleared out! However, you only get to clear out a coffin if you throw the right combination of colour and symbol and are quicker than the other players. The first person to “clear” four coffins from the game has won!

A great game for the whole family that is easy to learn and quick to play.

Based on the award-winning Betrayal at House on the Hill board game, this is the perfect Halloween game for any Scooby-Doo fan.

Play as Scooby-Doo, Shaggy, Velma, Daphne, or Fred as you explore the mansion and its grounds, finding clues, encountering strange occurrences, and maybe even catching sight of a monster! When you find enough clues to learn what’s really going on, that’s when the haunt starts, and one player will switch sides to play the role of the monster! Will you be able to stop them before they carry out their sinister plan?

The game contains 25 haunts that are based on popular episodes and movies from the Scooby-Doo universe, with different monsters, items, events, and locations each time you play.

A wonderful dexterity game for a younger audience that also plays well with adults.

An exciting race for the Magic Cup is about to start in Castle Flutterstone but beware as the mysterious ruins are littered with obstacles and odd surprises. With a little luck and some skill with flapping bats to the right places, children will find the fastest route to their destination.

Players take turns using the “catapult” to launch cloth bats at the game board. Depending on where the bat lands, the active player may move 1-2 spaces. If they land in the moat, they must take a Ghost card. The Ghost cards have various effects that can either help the player or hinder their progress. The first player that is able to get to the top of the castle wins the game and gets the golden bat trophy!

A ‘legacy’ style game for a younger audience (it tells a story that unfolds through gameplay).

In this game, the players are at school when zombies start to attack, infiltrating the entryways, then barring the way to classrooms. Players move through rooms and entryways to eliminate zombies and keep the zombie reserve full. If a zombie must enter the school but none are available, then the school has been overrun and the players lose. To win the game, players need to lock each of the four entryways as apparently the custodian has abandoned the post and given up the school for lost.

As players get better, they can complete missions, track their development through a trophy-sticker system, and open envelopes that contain new material for the game, upping the challenge they face while also providing them with new powers and new heroes as well.

Are you intrigued to try a Halloween themed game? Here are my top suggestions: 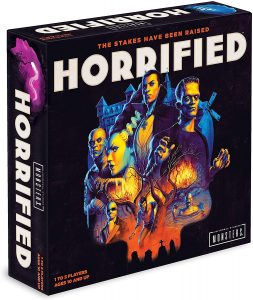 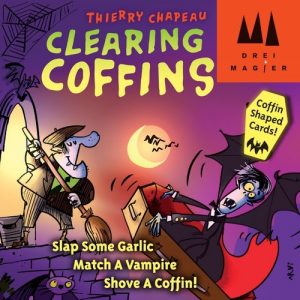 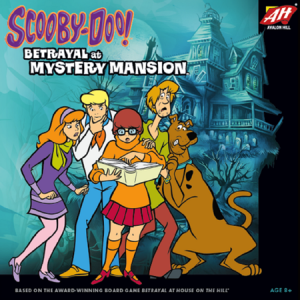 Haunt monsters inside the scary Mansion 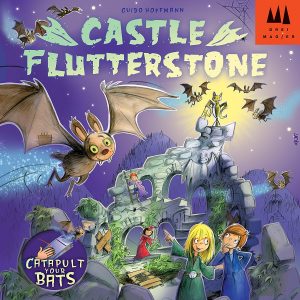 Catapult the bats through the windows to move ahead

END_OF_DOCUMENT_TOKEN_TO_BE_REPLACED 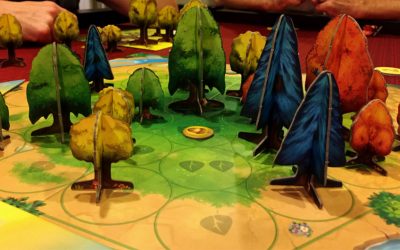 facebookInstagramOur long Manitoba winter is finally over...and summer is visibly here. Temperatures have risen to balmy and pleasant degrees and the colours around us are changing from the wintery hues of white and grey to a concert of greens. Trees are exploding...